You are here: Home / About / Charles Clough 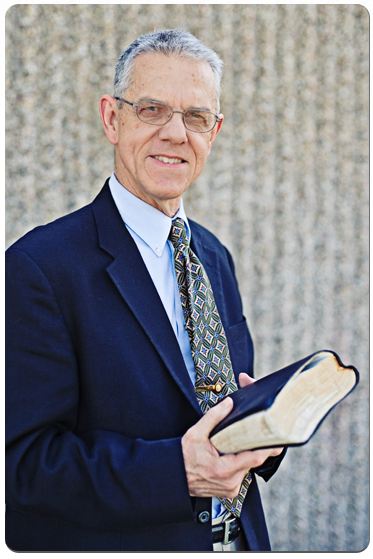 Charles Clough was born in Brooklyn, NY and grew up on Long Island. Upon graduation from high school, Charlie received a scholarship to Massachusetts Institute of Technology. It was during his first semester at MIT that Charlie was led to Christ by a Campus Crusade for Christ staff member. Charlie met Carol while in college and they later married. Charlie completed his BS in Math and also did graduate work in atmospheric science at MIT.

After four years of active duty as a weather officer supporting Air Force operations, he entered Dallas Theological Seminary. Charlie earned the Th.M. in Old Testament Hebrew while at Dallas, graduating in 1968. His master’s thesis was entitled “A Calm Appraisal of The Genesis Flood”, which was an analysis of all the reviews and analyses of John Whitcomb and Henry Morris’ classic work The Genesis Flood.

By this time in his life, he had examined the philosophical foundations—rarely mentioned in contemporary education—underlying the extension of the scientific method for forensics (study of past events not reproducible in laboratory conditions). He concluded that no conflict exists between actual data and the Bible’s historical narratives. The oft-cited “conflicts” between forensically applied science and the Bible arise solely due to the philosophical speculations required to generate interpretive theories, not due to any actually observed data. While involved in Christian ministry to university students, he utilized this insight to present biblical truths as forming a basic framework for all of knowledge.

Continuing his work with the Air Force as a Reservist in the early 1980s, Charlie earned the M.S. in Atmospheric Science from Texas Tech University. From 1982 through 2006, he served as a staff meteorologist with the Department of the Army in charge of atmospheric measurements, modeling, and environmental applications to support weapons testing at Aberdeen Proving Ground, Maryland. He retired from the position as Chief of the Atmospheric Effects Team.

Starting in the fall of 1995 Charlie began teaching a Thursday evening class at Fellowship Chapel in Jarrettsville, Maryland on his Basic Framework for Christian Doctrine. This series was completed in the Spring of 2002. All of the 224 MP3 lessons, class handouts, lecture transcriptions, and miscellanea are available for downloading from this web site.

A well-respected Bible scholar, with a scientific background, Charlie is a much sought-after conference speaker and teacher. He is on the Chairman of the Board and serves as a member of the Adjunct Faculty of Chafer Theological Seminary.

Charlie and Carol reside in Bel Air, Maryland. They are parents of four grown sons.